Borgo Petroro
A bit of history

Borgo Petroro is located in the ancient Castle of Petroro, on top of a hill a few miles from the town of Todi, on the road to Foligno.

Its history goes back a long way: it was part of a defensive line in the Todi area in the 13th century, but long before that it had been inhabited by the “gens Petreja”, which dates back to the Roman Age, when it was built as a “Castrum” of the mighty “Tuder municipium”. In a population census dated 1290, Petroro Castle, which is situated along one of the main arterial roads branching out from the Via Flaminia, counted up to 60 families and around 300 inhabitants, and was the only fortified location of the “plebato di Santa Maria di Due Santi”, dedicated to the protection of the villas in the area. Set in a context of great artistic and religious importance, because of the presence of many holy places such as the Romanesque churches of San Epimaco and Gordiano, San Salvatore, Santa Maria, San Martino and Sant’Antimo, Petroro also served as a retreat for pilgrims. Furthermore, it is on one of the “Jerusalem Ways”, as established by the presence of the Hospital of the Order of St. John of Jerusalem. The Benedictine church of St. Martin can be found within the castle’s perimeter. In the 16th century it was entrusted to Cardinal Riario, who already presided over Sassovivo and was the nephew of Pope Julius II. In 1711, it was entrusted to the “Opera Pia of Santa Maria della Consolazione”, and still remains in their care to this day. However, an important event in the Castle’s history occurred in 1499, when Todi was ruled by the Guelphs. The Castle witnessed a dreadful massacre, when the followers of Altobello Chiaravalle took shelter in it – Altobello was a ghibelline nobleman who was trying to escape from the troops of Cesare Borgia, of the Orsini family, of the Vitelli family from Città di Castello and of Ludovico degli Atti da Todi.

The manor was saved thanks to a ruling issued by the general council of 1943, which established that the Petroro inhabitants had a right to Todi citizenship in exchange for the sum of 93 golden ducats. The building, thanks to a generous donation made by Francesco Maria Ridolfi, was entrusted to the “Opera Pia di Consolazione di Todi”, an organization founded thanks to the offerings of the faithful who visited Todi to worship the image of the Virgin in the temple designed by the architect, Bramante Lazzari.

Today’s urban planning allows for the reconstruction of the entire extension of the walls, and of the internal structure dominated by the central bridge-house and the sixteenth-century plant. This is attributed to the Ridolfi family, whose coat of arms appears several times on site. The reconstruction also involves the lodgings of the people who lived within the castle walls, mostly artisans and farmers and can be visited by going through the majestic arched gate dominated by a stone eagle, symbol of the town of Todi, and made in 1577.

A large grindstone, in the inner square, is proof of the presence of an old oil mill next to the public baker’s oven, both mentioned as still functioning in the Gregorian archives of 1852. 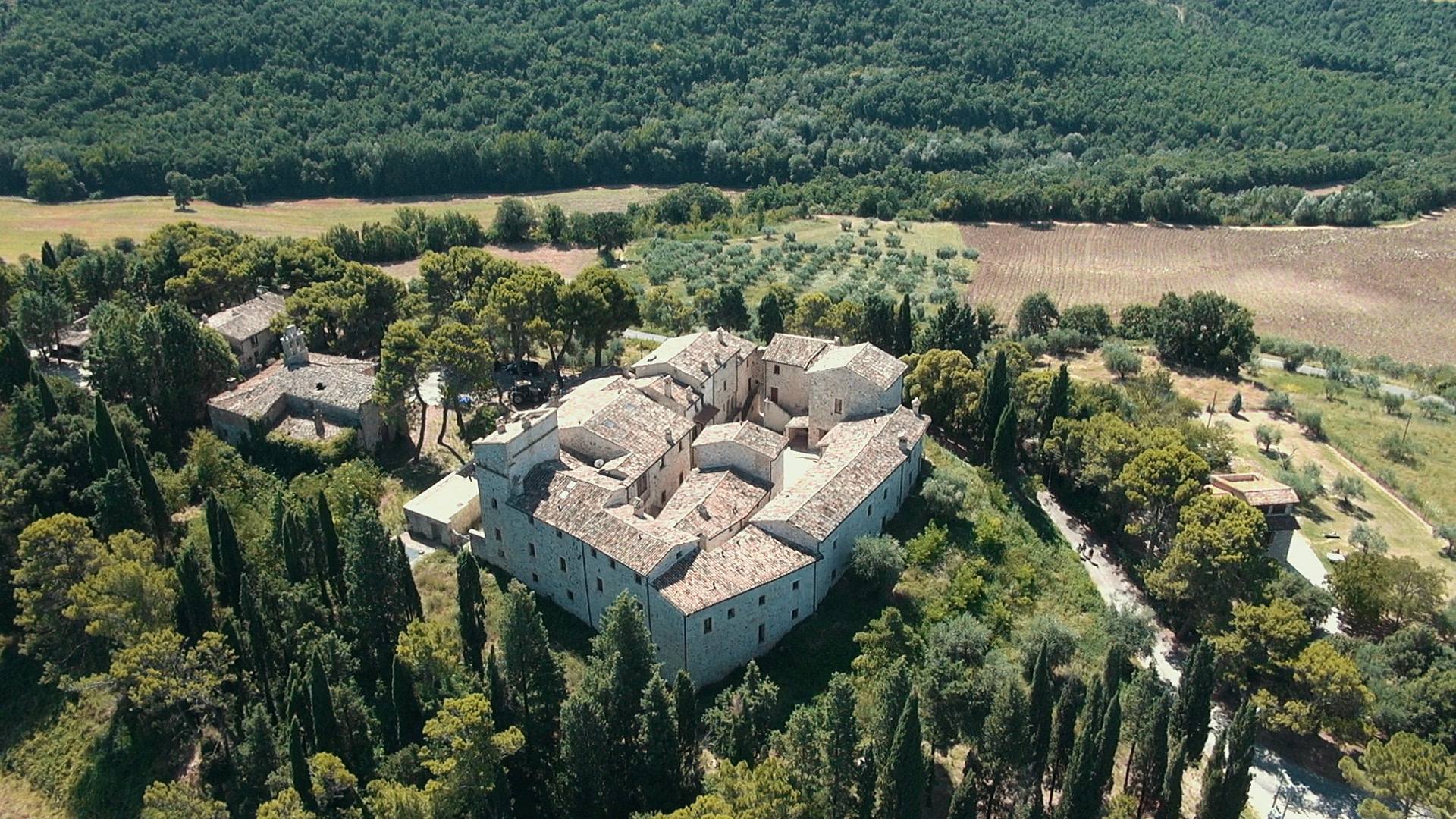 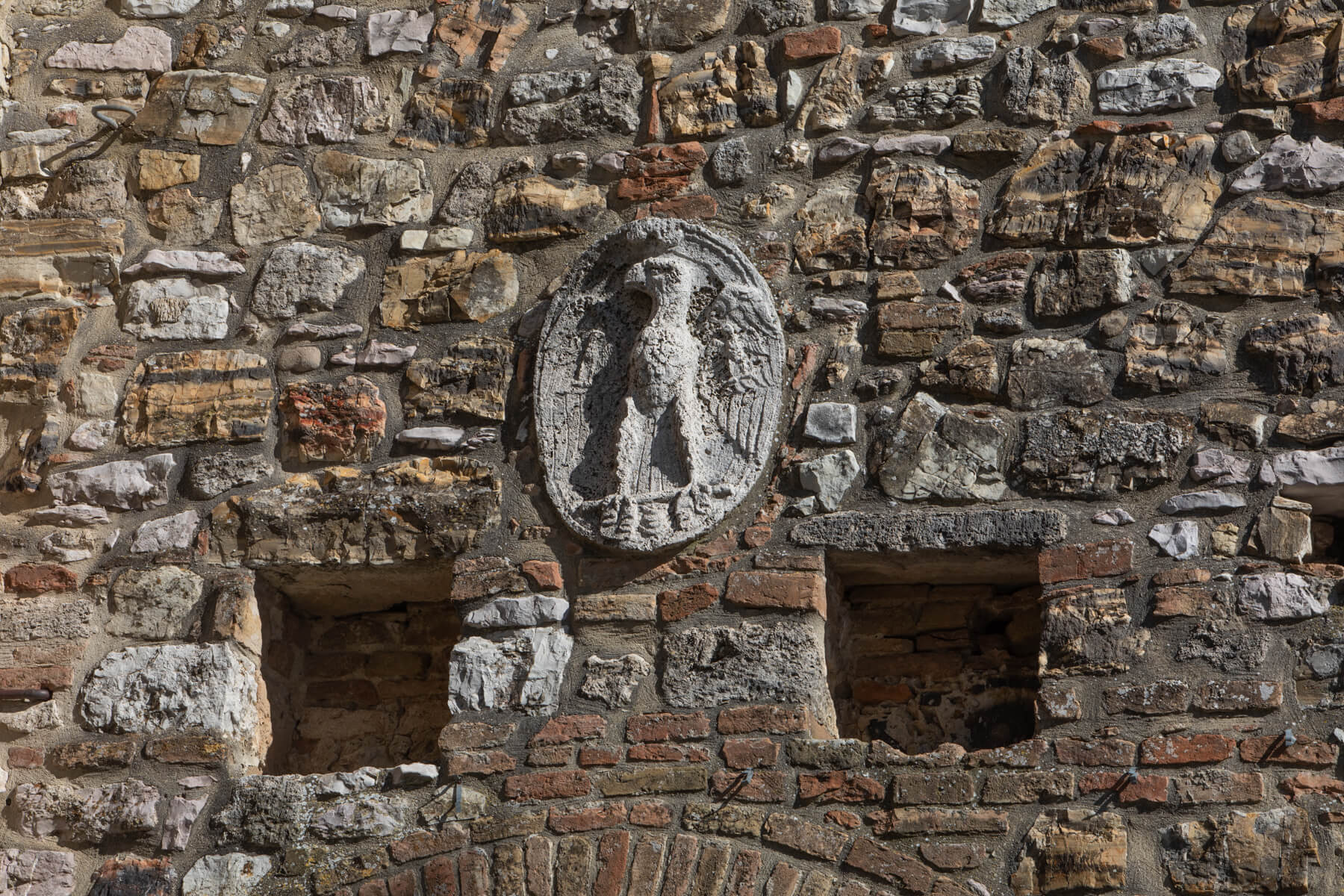 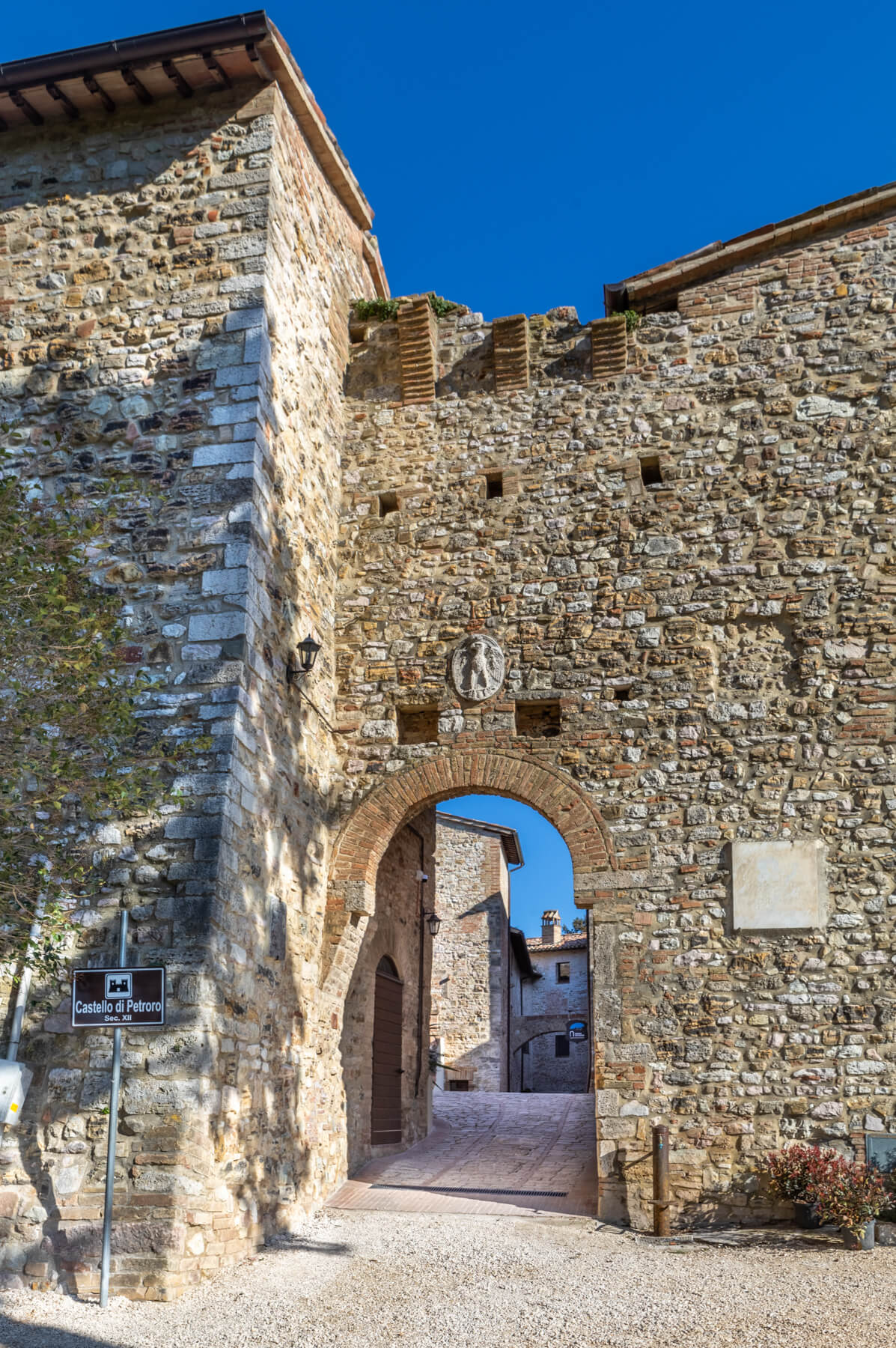